The Island of Crete

Grab the chance to Explore Crete in a Friendly and Authentic way, creating Memories hard to forget!

This magnificent greek island that gives you the chance to explore it in a friendly, authentic way, creating memories hard to forget.

Crete is a huge island (1st in Greece, and 5th in Mediterranean) and there is a significant difference between North (where big ports, airports and cities are located) and South (there is a small percent of the buss timetables). The big touristic development of the north, comparing with the many less-known and barely touched parts of the south might give you the impression of 2 different islands. (Food is a good example of it). Between North and South, high mountains run from the one end of the island to the other. If some days during your staying are very hot, there is always the relief of the Cretan mountains, often just few kilometers off some extremely hot coasts. Mountains played important role in the history of Cretans and in their fights for freedom, giving Crete much of its character.

On this full of contrasts island, people could not be an exception, as many psychologists strongly believe that landscape effects natives’ personality. Maybe this is the main reason of their moody character. The rests of the Greeks’ opinion that Cretan people are either very bad or extremely nice persons is also interesting.

My personal opinion is that they can make you feel very much at home within minutes of first meeting them, because they combine great extroversion with a unique way to bring out the best in you yourself. Although strong emotions (both joy and sadness) run close to the surface in many Cretans, they are free of complexes; they like to joke and have fun as much as possible, without offending. The basic (and usually first) question for them is “Where are you from?”, but they don’t ask this because they’re nosy and want to gossip. They want to make a quick estimation of your temperament, in order to talk to you, trying to avoid issues that might make you feel uncomfortable, and focusing on your positive side (according to the impression they already have of the people of your country).

In general, I believe that they are open, smart, active and very passionate about life (even the ones who manage to combine this with a slower, cooler pace of life). They love Crete, and they will love you too, if they understand that you honestly like the place which they are really proud of.

Our excursions offer you the opportunity to visit amazing places and meet nice, straightforward local people with the strong, honest sense of hospitality that they have always had. After all, great Zeus, the Ancient God of hospitality was raised in their island, according to the myth. Locals, not addicted to materialism, living with noble values, like honesty, solidarity, respect for humans and nature. Locals full of vitality, growing their own food, and trying to solve their problems with a great sense of humor.

There is a story waiting to be told to rejoice the soul of the listener in almost every corner of this island – traditions and stories passing through the generations from mouth to mouth. They can be tales of human relationships, miracles, hidden treasures, heroism, lives based on great values-sometimes with big compromises, fights for survival and freedom or simply a recount of the event which gave the name to the village.

Food is another unexpected bonus in Crete!

Try to combine locally sourced products (traditionally produced and helped by the perfect sunny climate) with grandma’s recipes, based on the famous Cretan diet, and you have “golden plates” with flavors hard to forget. It’s easy for anybody – even with small traveling experience – to understand that it is very difficult to find “golden plates” at the touristic spots of the populous north coast. Fortunately, there are still taverns (even some coffee shops) in many villages all over the island, where you consider yourself very lucky to experience the real local flavors. Sometimes (especially on weekends), it is easy to recognize this kind of places by the big number of locals eating there. But it’s also possible to drive right next to them, hard to think that it could be a tavern!.

Difference North and South? Many psychologists strongly believe that landscape effects natives’ personality. I believe that the full of contrasts landscape of Crete is essential for the moody character of the Cretans.
Isidorosgocrete.net

Be a part of Crete

With us, you’ll have the chance to watch (and sometimes to participate in) peoples' everyday rural activities, hear their unique music and tales of the island, sample genuine Cretan cooking and finally to discover the lost simplicity of life. 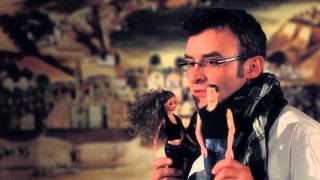 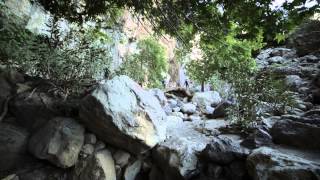 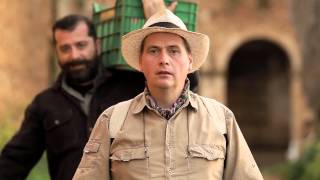 What a great experience!

Isidoros has been an excellent guide and by the end of the day I am sure I can call him friend! Thank you Isidoros

Travelling with us you have a unique opportunity to be in some of less highlighted/famous (but also great valued) spots of Crete and listen to many interesting (funny or touching) stories connected with these spots during the trip.